The Atlantic, once again, proves to be a source of weird and wonderful science stories.  And I am learning I love Rebecca Rosen’s reporting/blogging significantly more than Alexis Madrigal. The LA Times interview goes into a bit more detail. Dr. Barbara Lollar and her group from the University of Toronto found water trapped underground in a copper mine in Ontario that has basically been isolated from the rest of the Earth for at least a billion years. And it’s gotten kind of… ripe after being stuck in dissolvable minerals after all this time. Lollar describes it as having “the consistency of a very light maple syrup”. And it has so many minerals dissolved in it that contact with air starts to turn the water orange. 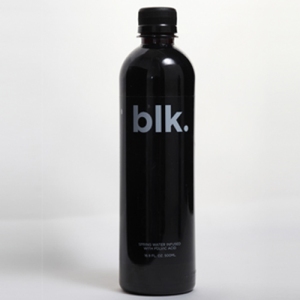 Evidently it is also very salty. There’s no numbers listed for that. Lollar just mentioned that she tasted it and said it was the saltiest water she ever tried. Yeah, so evidently she not only drank a sample of this, but she semi-regularly drinks other ancient water samples to get a feel for the mineral content. But she won’t let her students sample the most vintage H2O ever. What amuses me most is that Lollar and others say the water could support life and yet she still drinks it. This just sounds like the set-up of a terrible sci-fi B movie about an ancient microbe infecting a person in the present to take over Earth in the present.*

*Yes, I know, the odds of a 1 billion year old microbe being able to infect a modern human after their environments are  separated and they evolve separately are slim. But we do still have instances of invasive species being able to thrive in environments they weren’t native to. And it seems slightly more likely that a billion year old microbe will find something it could attack in a eukaryotic cell, since eukaryotes (the giant group of organisms with cells that have nuclei and organelles that includes plants, animals, and fungi) have been around for an estimated 1.6 billion years, than the few hundred million year old mammalian immune system having any idea how to respond to that.