Inspired by NaBloPoMo and THE CENTRIFUGE NOT WORKING RIGHT THE FIRST TIME SO I HAVE TO STAY IN LAB FOR THREE MORE HOURS THAN I PLANNED (this was more relevant when I tried writing this a few weeks ago), I’ll be trying to post more often this month. Though heaven knows I’m not even going to pretend I’ll get a post a day when I have a conference (!) to prepare for.

I figure my first post could be a better attempt at better describing a major part of my research now – rheology and rheometers. The somewhat uncommon, unless you’re a doctor or med student who sees it pop up all the time in words like gonorrhea and diarrhea, Greek root “rheo” means “flow”, and so the simplest definition is that rheology is the study of flow. (And I just learned the Greek Titan Rhea’s name may also come from that root, so oh my God, rheology actually does relate to Rhea Perlman.) But what does that really mean? And if you’ve tripped out on fluid mechanics videos or photos before, maybe you’re wondering “what makes rheology different?” 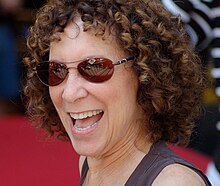 Oh my God, she is relevant to my field of study.

For our purposes, flow can mean any kind of material deformation, and we’re generally working with solids and liquids (or colloid mixtures involving those states, like foams and gels). Or if you want to get really fancy, you can say we’re working with (soft) condensed matter. Why not gas? We’ll get to that later. So what kind of flow behavior is there? There’s viscosity, which is what we commonly consider the “thickness” of a flowing liquid. Viscosity is how a fluid resists motion between component parts to some shearing force, but it doesn’t try to return the fluid back to its original state. You can see this in cases where viscosity dominates over the inertia of something moving in the fluid, such as at 1:00 and 2:15 in this video; the shape of the dye drops is essentially pinned at each point by how much the inner cylinder moves, but you don’t see the fluid move back until the narrator manually reverses the cylinder.

The other part of flow is elasticity. That might sound weird to think of a fluid as being elastic. While you really don’t see elasticity in pure fluids (unless maybe the force is ridiculously fast), you do see it a lot in mixtures. Oobleck, the ever popular mixture of cornstarch and water, becomes elastic as part of its shear-thickening behavior. (Which it turns out we still don’t have a great physical understanding of.)

You can think of viscosity as the “liquid-like” part of a substance’s behavior and elasticity as the “solid-like” part. Lots of mixtures (and even some pure substances) show both parts as “viscoelastic” materials. And this helps explain the confusion when you’re younger (or at least younger-me’s questions) of whether things like Jell-O, Oobleck, or raw dough are “really” solid or liquid. The answer is sort of “both”. More specifically, we can look at the “dynamic modulus” G at different rates of force. G has two components – G’ is the “storage modulus” and that’s the elastic/solid part, and G” is the “loss modulus” representing viscosity.

The dynamic moduli of Silly Putty at different rates of stress.

Whichever modulus is higher what mostly describes a material. So in the flow curve above, the Silly Putty is more like a liquid at low rates/frequencies of stress (which is why it spreads out when left on its own), but is more like a solid at high rates (which is why is bounces if you throw it fast enough). What’s really interesting is that the total number of either component doesn’t really matter, it’s just whichever one is higher. So even flimsy shaving cream behaves like a solid (seriously, it can support hair or other light objects without settling) at rest while house paint is a liquid, because even though paint tends to have a higher modulus, the shaving cream still has a higher storage modulus than its own loss modulus.

I want to publish this eventually, so I’ll get to why we do rheology and what makes it distinct in another post.

2 thoughts on “What is rheology?”